I’m doing great, just workin here in my new area.I am in an area called El Lago. It’s in a town called Amatitlan, just out
of the capital, its right on the lake. It’s in between the capital and the coast, so it’s kinda hot, but not as hot as the actual coast. the members here are super pilas, they work hard and are super willing. My companion in Elder Jaramillo, from Las Vegas, so were both super stoked about that, cuz we’ve been pretty good friends since the beginning of the mission, he came in 6 weeks after me. Actually I have sent some pictures home of me and him, there’s one where I am in my Calgary Flames sweater. I am now a zone leader in the zone and stake of Amatitlan. President Brough is using the zone for a pilot program for divisions. This change we have to do divisions with every elder in the zone, but each division will be two days. It’s going to be a little tough to do, especially with our investigators, because for like half the change we won’t even be together. Also about the mission split, I did not know, all I know is that President told us he had some news for us, and so on Friday we have a zone leader meeting. I imagine that he will talk to us about the split.

But yea, there are tons and tons of missionaries that are coming in, that’s why I was training two, cuz there are just too many!

About the malaria thing, I don’t think you'll need to worry about it, just wear bug spray, I’m pretty sure I never got any malaria shot, and I hardly even wore bug spray in the coast, only in the house, and I was fine.

I did get your package, it’s awesome, I just quickly went though it this morning, as I've had no time, also we are getting settled in to a new house, I'm still not unpacked and we have to do 5 phone calls every night to all the district leaders, so it’s a little tough, I’m very short on time ha.

But I am very happy with the changes, and I’m just loving life.

Also last weekend, RR was baptized, it was great, his wife still isn't sure on the whole baptism things, but she'll be baptized soon enough. It was a good service, a member baptized him, since we taught them in his house. The taller one is RR, the convert.

Also in my area, there is a Wal-Mart! I haven't been to a Wal-Mart in almost 2 years, so that will be nice, also me and Elder Jaramillo are planning on getting ripped this change, so I'm gonna buy some protein powder at a GNC that there is in this area, I gotta gain back the 15 pounds that I lost!!

I hope that dad’s hand gets better, it was nice to hear from him.

Just got the picture of the school, that sucks, I liked having the big open field.

The pictures I sent are of me and Elder tanner, who goes home today, me and my two last comps, the baptism, and a goofy picture of us with the familia G-.

Love you all so much, stay safe and stay classy. 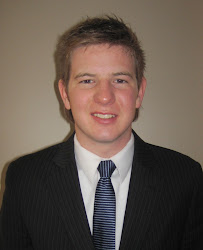 mis-sion-ar-y . . (mish-uh-ner-ee) noun
someone who leaves their family for a short time so that others may be with their families for Eternity.

Other Blogs from the Field